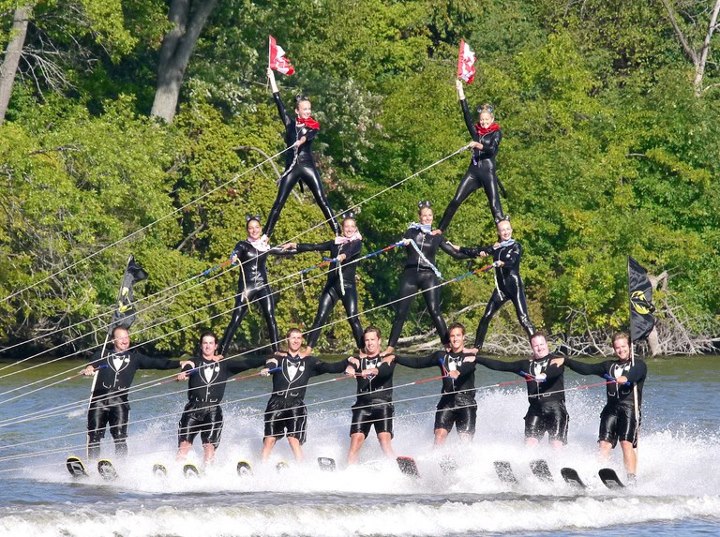 As the summer winds down The Canadian National Showski Team is hard at work in preparation for the 2014 World Water Ski Show Tournament that will be held on September 10-14th in Janesville, Wisconsin. Showskiing is waterski discipline that combines many watersports (Waterskiing, wakeboarding, ski jumping, barefooting, etc) into a 45minute on water showcase complete with themes, costumes, and characters.

This will be Team Canada’s second entry into the bi-annual World Championships in which they won a bronze medal in 2012. Five countries in total will be represented at the Tournament, including the U.S., China, Australia, Belgium, and Canada.

Showskiing, a small but quickly growing sport in Canada is most centralized in the Muskoka region where Summer Water Sports, Canada’s largest watersports providers host 4 weekly ski shows throughout the region. Summer Water Sports employees, past and present comprise the majority of the team and with the help of some additional team members hope to bring home the gold this year.

Charlie Newlands, veteran Summer Water Sports employee and professional showskier has once again been selected as the teams Show Director. As the Show Director, Charlie has the difficult tasks of: selecting the team, planning the show, as well as organizing fundraising initiatives.